American Alsatian was developed in 1987 by a resident of southern California Lois Denny. It was created by breeding German shepherd, Anatolian Shepherd, Pyrenean dog, Alaskan malamute crosses and a Mastiff dog.

The initial generation of this breed got recognition in the USA in 1988 and the year 2000, it was widely intervened to the ordinary people after breed standard confirmation. Original name of this breed was North America Shepalute which was later changed to Alsatian Shepalute in 2004.

By 2010 the breed was widely popular as American Alsatian. It portrayed antique Dire Wolf of the middle or late Pleistocene. The breed was firstly registered in the year 1988 in North American Shepalute Club now popularly known as National American Alsatian Club. Breeders are working to increase their popularity as significant kennel clubs have not registered it yet.

American Alsatian features a gigantic and fierce appearance but has calm and sweet disposition. It follows its master everywhere and bonds firmly with the family members. This breed is not very energetic and is mostly seen on the couch, but if they are left for a longer duration, they can suffer from separation anxiety. They are not friendly with the strangers, but they are not even aggressive which makes them a poor guard dog. They go well with the kids, but not seen playing with them unless they are motivated to play.

It is a very quiet and calm breed with a low barking voice, which they expel rarely. They are not prone to any destructive activity like digging, excessive barking, whining, etc. Despite their compliant nature, they are quick learners and intelligent. Their composed and calm nature makes this breed an ideal therapy dogs.

It is a non-sporting dog and does not require heavy exercise schedule. A small walk can fulfill its low requirements about an hour or playtime in a yard or park. Due to its relaxed nature, it does not require abundant space to move making it an ideal for a condo life. However, owners can provide them toys which will keep them busy and calm. They are suitable for cold temperatures and cannot tolerate extreme heat or temperate climates.

Due to their short coat and minimum shedding, they do not require burdensome grooming standards. Brushing them once a week and occasional bathing will keep them clean. However, they need regular brushing during their shedding season, it will keep their coat dirt free and loose fur away.

Also, trim their nails when they overgrow. If they have tear stains, clean it with a damp, wet towel. They can get ear infections due to water, dirt buildup and if not appropriately cleaned it can cause infections and pain. Clean their ears with a Vet prescribed ear solution. Brushing their teeth twice a week prevents tartar development and hinders oral problems.

NAAC and NAABA have made considerable attempts to increase the lifespan which was incredibly low as compared to the other breeds and now it is 12-14 years normally. There are no significant problems, and about 5% has been recognized with seizures and epilepsy.

They are very reactive to voice change or the manner of giving an order. Hence, it makes essential to train them gently and firmly with numerous praises, pats and by using other techniques. Training needs to be started early when American Alsatian Puppies are 6-7 months old.

Crate training can resolve their problem of separation anxiety to some extent. Its disposition is a benefit to accepting this training quickly. Owners can put their favorite toys or treats inside to make them spent some time inside which should increase gradually.

Their quiet nature is natural, but if someone wants it to be playful and energetic taking them to Dogs Park will be the best choice. It will see other dogs play and roam and will follow them and at the same time visiting parks will also provide them with exercise and socialization too.

Homemade food rich in fibers and protein or high-quality dry dog food 4 ½ cups is ideal to suffice their energy level. Dividing meals into two halves will provide better digestion. Minimize offering treats, as they are low on excessive activity eating can result in bloating and other health issues. For better health, owners should keep them on a strict diet prescribed by the vet. 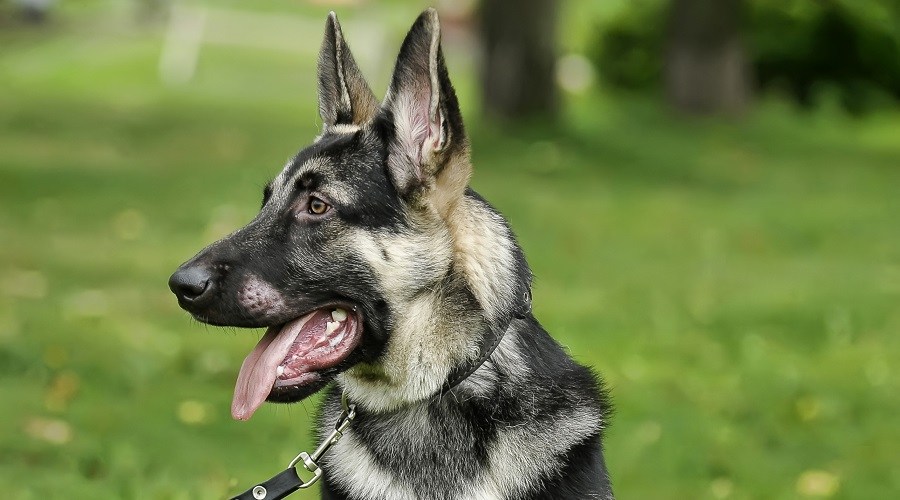